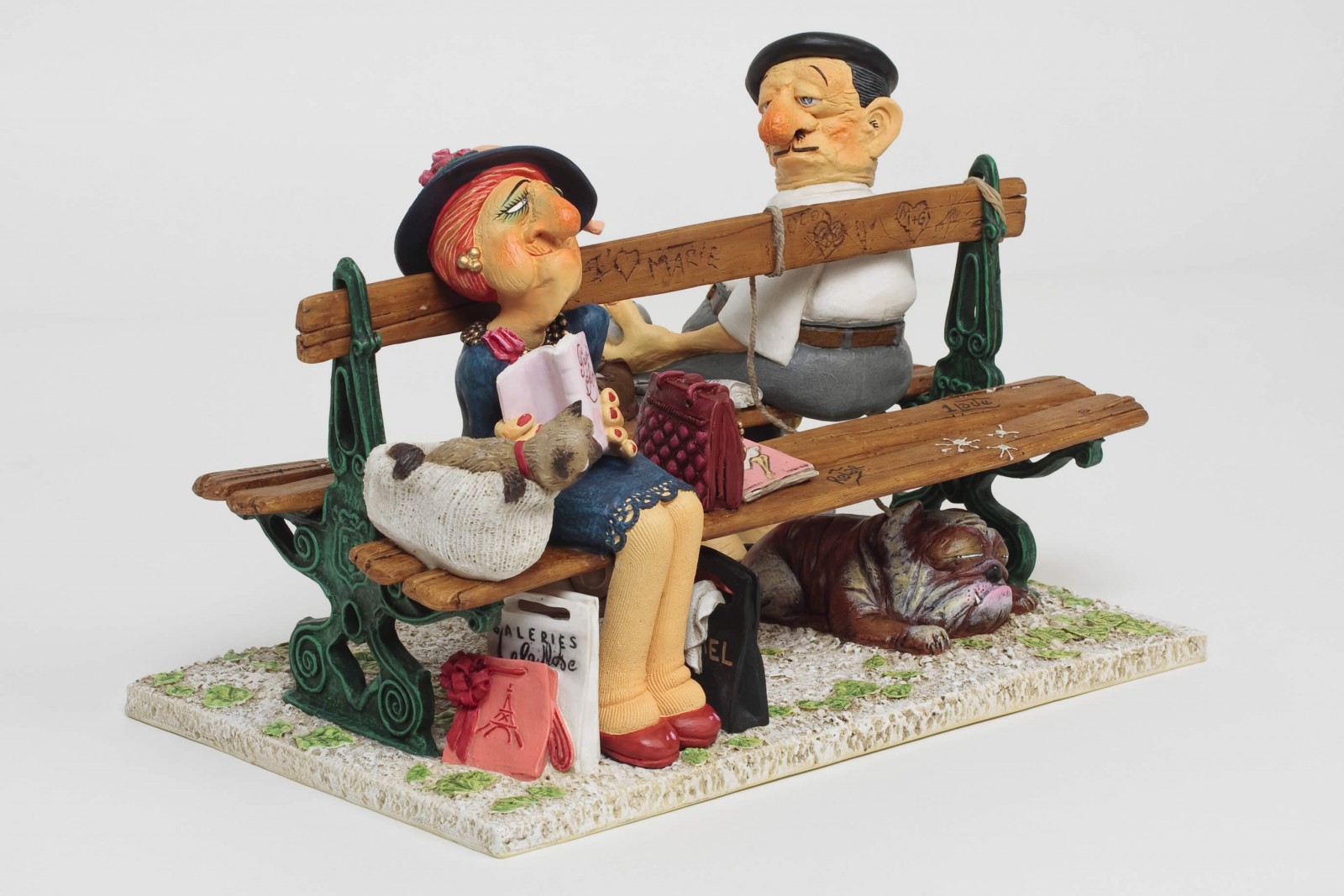 The warm  afternoon was perfect for a little game of petanque. Marcel Dupont prepared with care a set of petanque balls; he spit shined them with a soft cloth to bring out their full luster. He put the leash on Sandokan, the old family bulldog and they both went to the Bois de Boulogne where he sat on a bench and waited for his friends. He began to doze off when a deep gasp made him jump.

He turned his head and saw a woman of a certain age, cute, well-dressed, wearing a hat which matched her outfit. She held a book close to her chest and with her eyes half closed, repeated “C’est l’amour, c’est l’amour”. When the romantic woman realized that she was being observed, she smiled nervously and began to bat her eyes while looking at Marcel from the corner of her eye. Blushing, she opened her mouth slightly and let escape a long sigh.

Marcel wrinkled his brow, raised his eyes to the sky, shook his head from right to left, spit one more time on the petanque balls and rubbed them with his shirt. He told himself his friends were really making him wait too long.