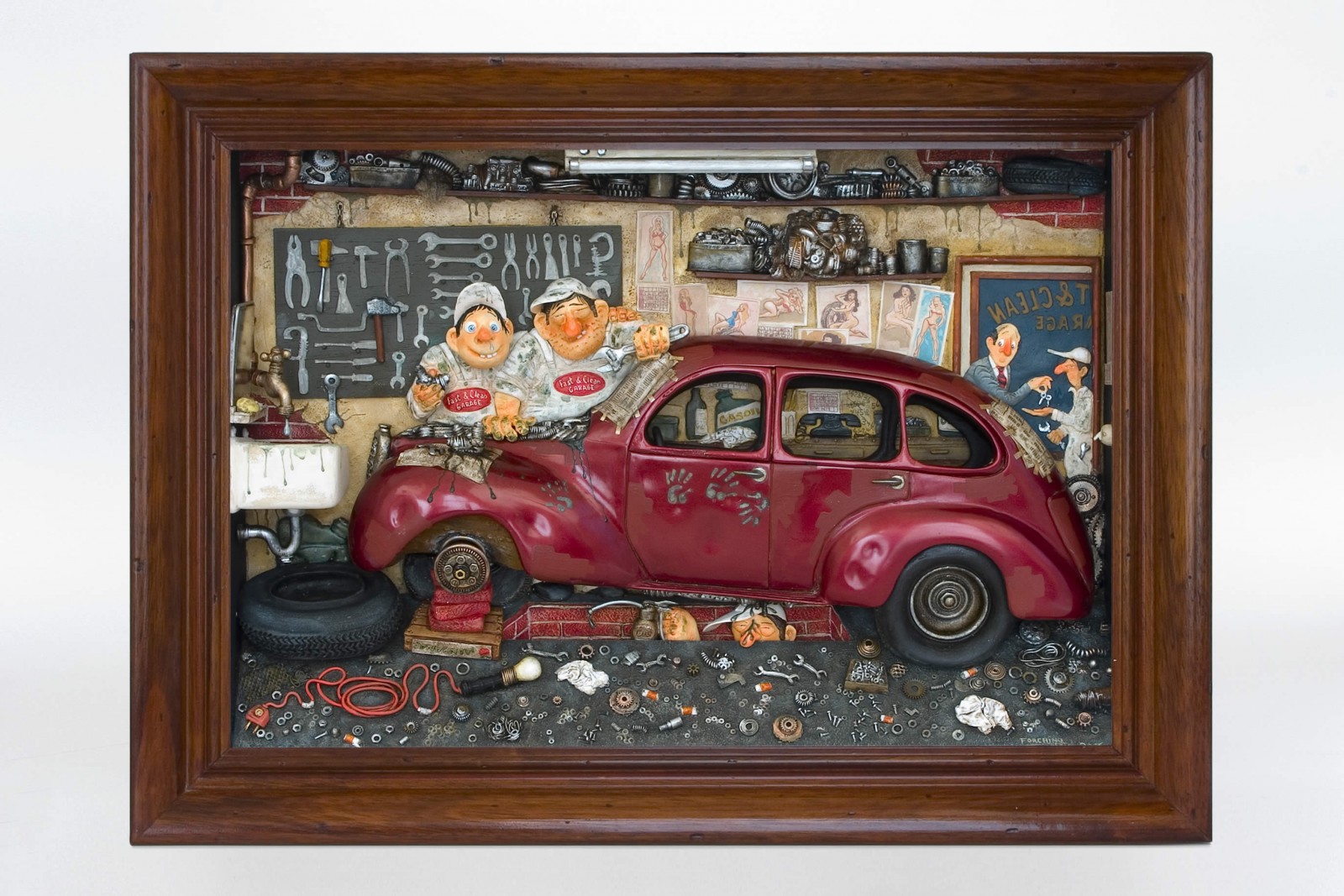 There lingered in the garage of Roberto Antoniz a strong odor of gas and paint mixed with left-over fries, exhaust and cigarette smoke.

It had been a long time since the color of the walls had disappeared behind a thick layer of oil and grease. Pliers, screws, wrenches, washers, nuts, screwdrivers and bolts littered the shop floor.

Enrico, the mechanics helper, was in the pit under the car and large drops of oil fell on his head. Yayo, the apprentice, with a wide smile until his ears, posed proudly next to his boss, who, not without a feeling of smugness, let his picture be taken for an article in “The Twisted Bolt”. The article was to be published in the next number in the section “Incredible but True.” It was the first time that the trade journals were interested in this garage…