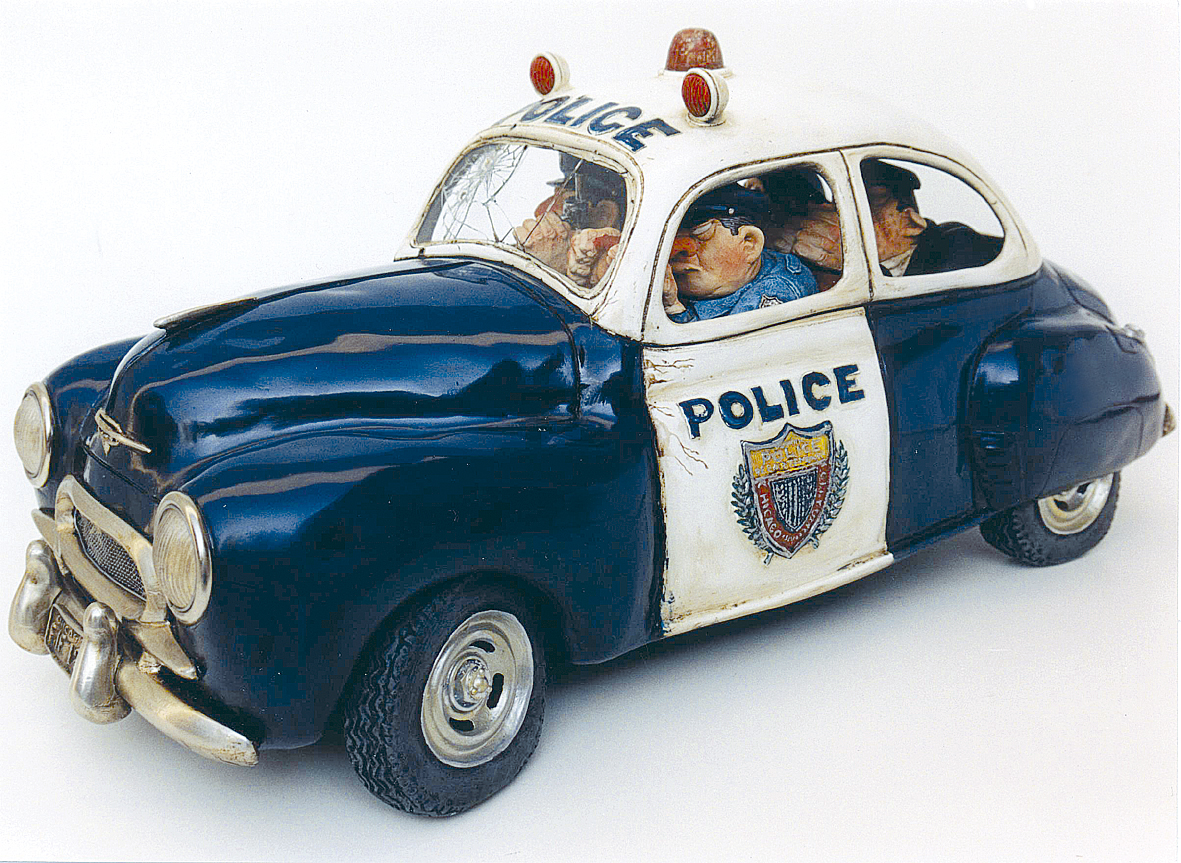 After having been a brilliant student at the PoliceAcademy, young police officer Richard Thompson was newly appointed to the city’s anti-violence brigade.

The very same day the City Bank was attacked by three highly armed robbers.  The police immediately arrested one of the bandits.  After his constitutional rights were read to him, he was seated in the back, and handcuffed to Officer Thompson’s wrist, who was ordered to punish any sudden movement of the suspect severely.  Without any further hesitation they left to follow the rest of the gang, who answered with loaded Kalachnikovs, Magnum 357’s and rocket launchers.

The gunfire lasted two hours.  Even with the hood and windscreen covered with holes, the courageous men in blue continued to risk their lives until the outlaws were caught.  Later that night, when the police officers finally found Officer Thompson still hidden under the back seat, they advised him to find another job.  He now sells popcorn in a movie theater in Iowa.