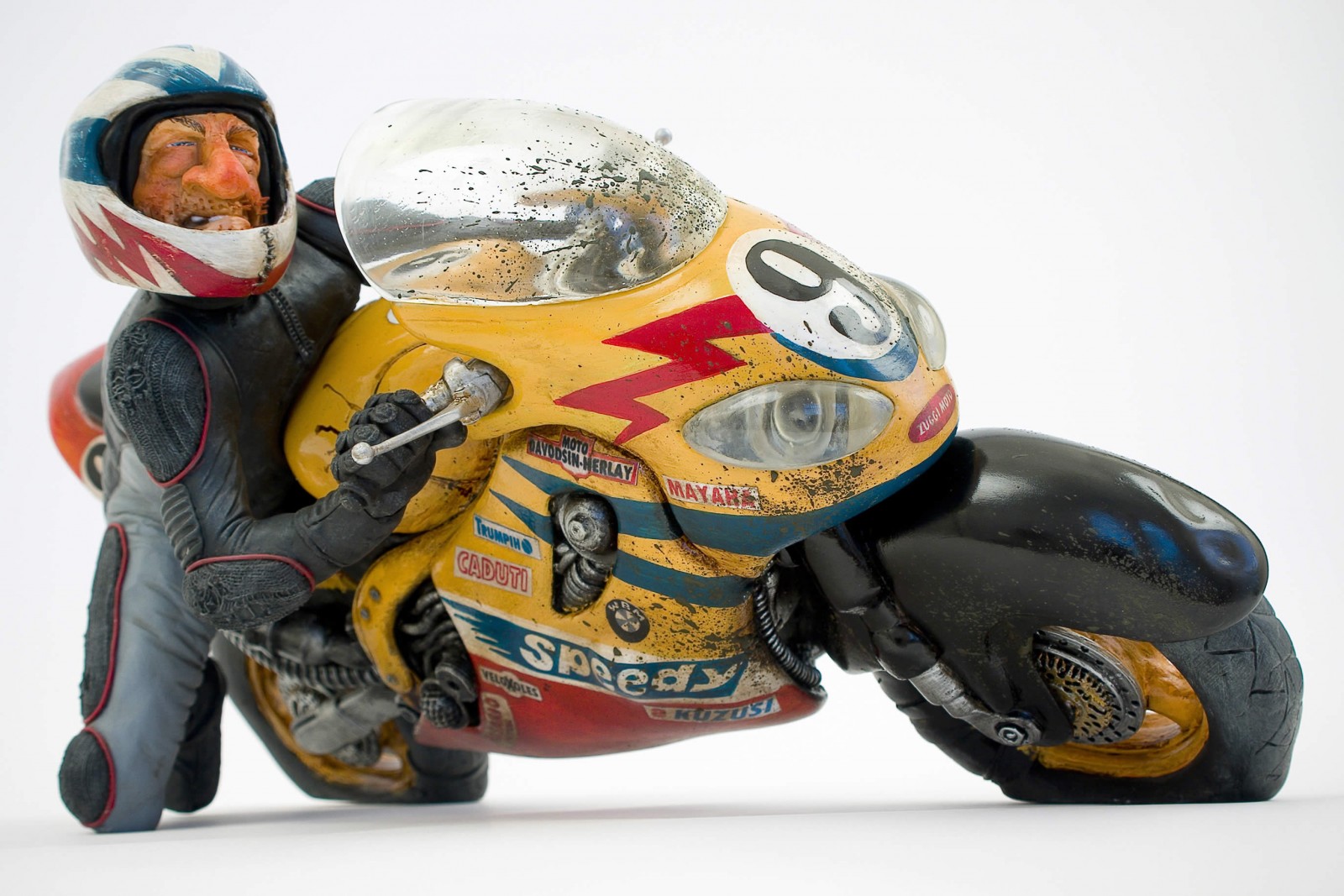 It was as if the motorcycle was going to fall apart any minute.  The deafening noise of the 1300 cc motor and the way it vibrated was proof of its extraordinary power. After each acceleration, it left behind a cloud of smoke seriously handicapping the racers behind him.  Excited spectators encouraged the famous driver, who at each skidding turn drenched them from head to foot.

Ercila, ‘The Red’, was used to risking his life at each race.   In the turns, his knee posed on the asphalt left a trail of sparks, especially after doctors had replaced his kneecap with a metal insert.

At the end of the race, his fans crushed around him in euphoria giving him vigorous hugs.  His racing suit, completely drenched, dripped leaving a puddle of sweat as a proof of his effort.  ‘The Red’, happy with his performance, drifted away, smiling, in the direction of the changing room, while his fans jumped with joy in the puddle left behind.