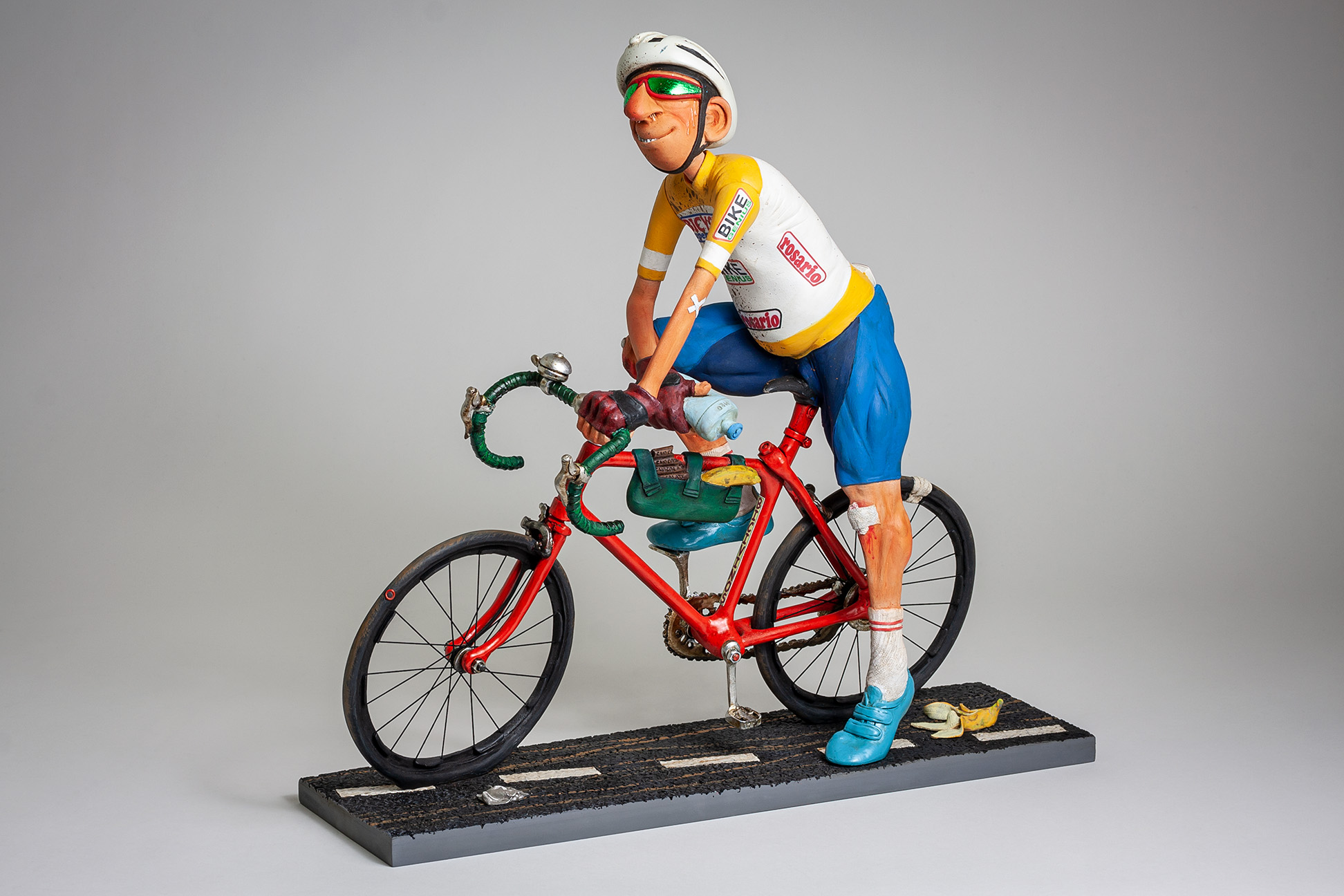 Yoyo Ciliberti’s family doctor had advised him to do a little exercise because his sedentary lifestyle was going to cause him problems.  After discarding rugby because he lacked size, boxing because he lacked courage and basketball due to height issues, Yoyo looked for a sport he could practice while sitting down. Cycling seemed like the ideal activity.  He bought a fixie with coaster brakes, those which you back pedal to brake, and all its corresponding accessories. “I must start with something that tests my fitness”, he said to himself firmly convinced.  He climbed up the top of the highest street in the village; the one paved with cobblestones, and launched himself down the hill.  After riding 10 meters, he found out that braking with his legs was more complicated than he had thought.  The 400 meters to the bottom were the longest of his life.  For the next two months, he had to sit gently on a fluffy feather cushion.  He sold his bicycle and now plays chess while standing up.