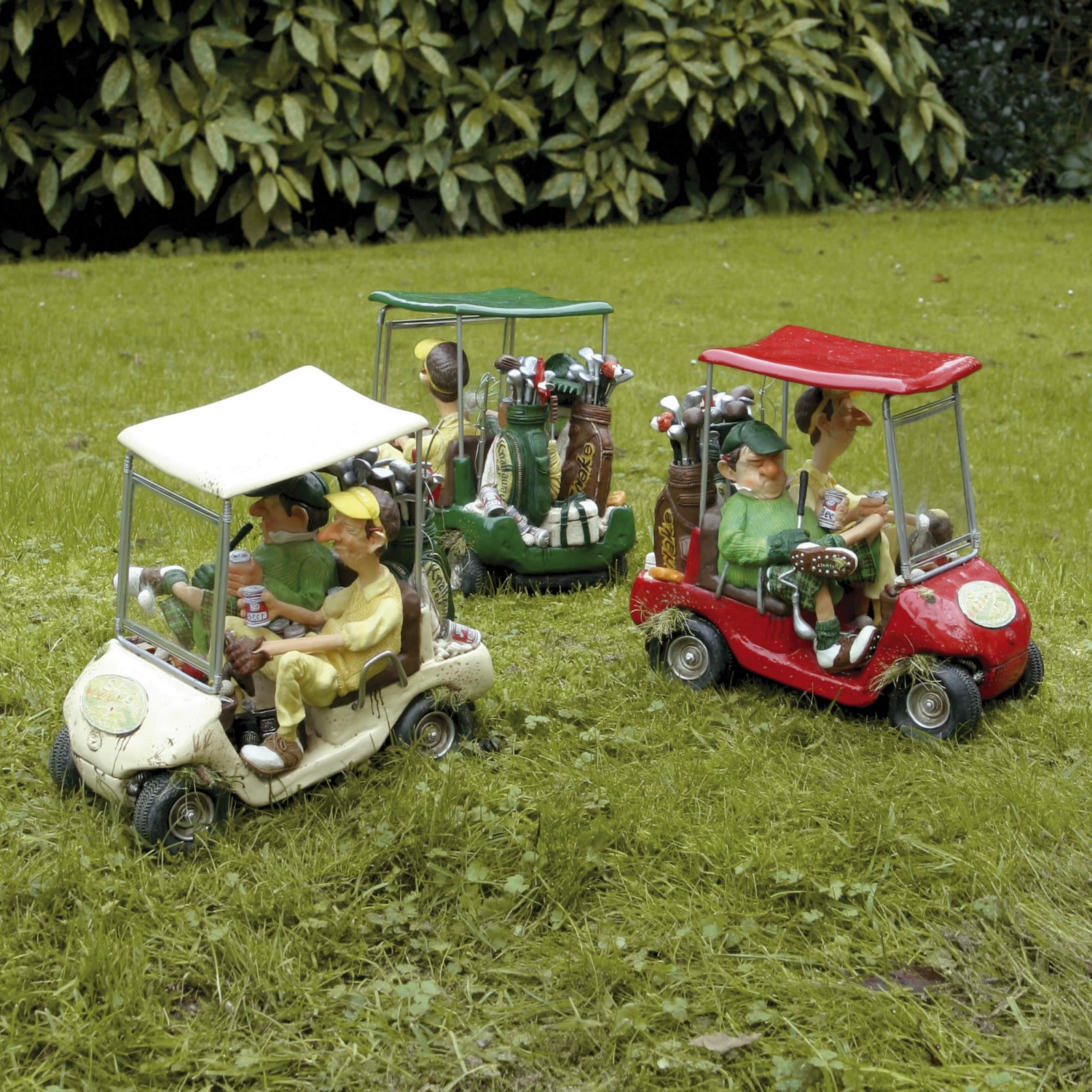 It was a beautiful Sunday in spring. That day Dick and his buddy Harry promised to play without their usual squabbling.

Everything was going fine until Dick decided to remove a small stone that bothered him on his putting line on the green of the third hole. Harry didn’t want to let him do it, but after some heated discussion he finally gave in.

But when he removed the stone, a big clump of dirt stuck to it, which left an enormous hole.From that moment on Dick lost his usual concentration and calm. He completely messed up his usually superb swing.

It was not because of the two wrong balls he played in a row, nor because of his broken club – a three- wood on the sixth hole, and not even because of the four balls he lost, which infuriated him – but what really got to him was that sneering smile on Harry’s face as he sat behind the wheel of that little cart.  That grin…was totally unbearable!