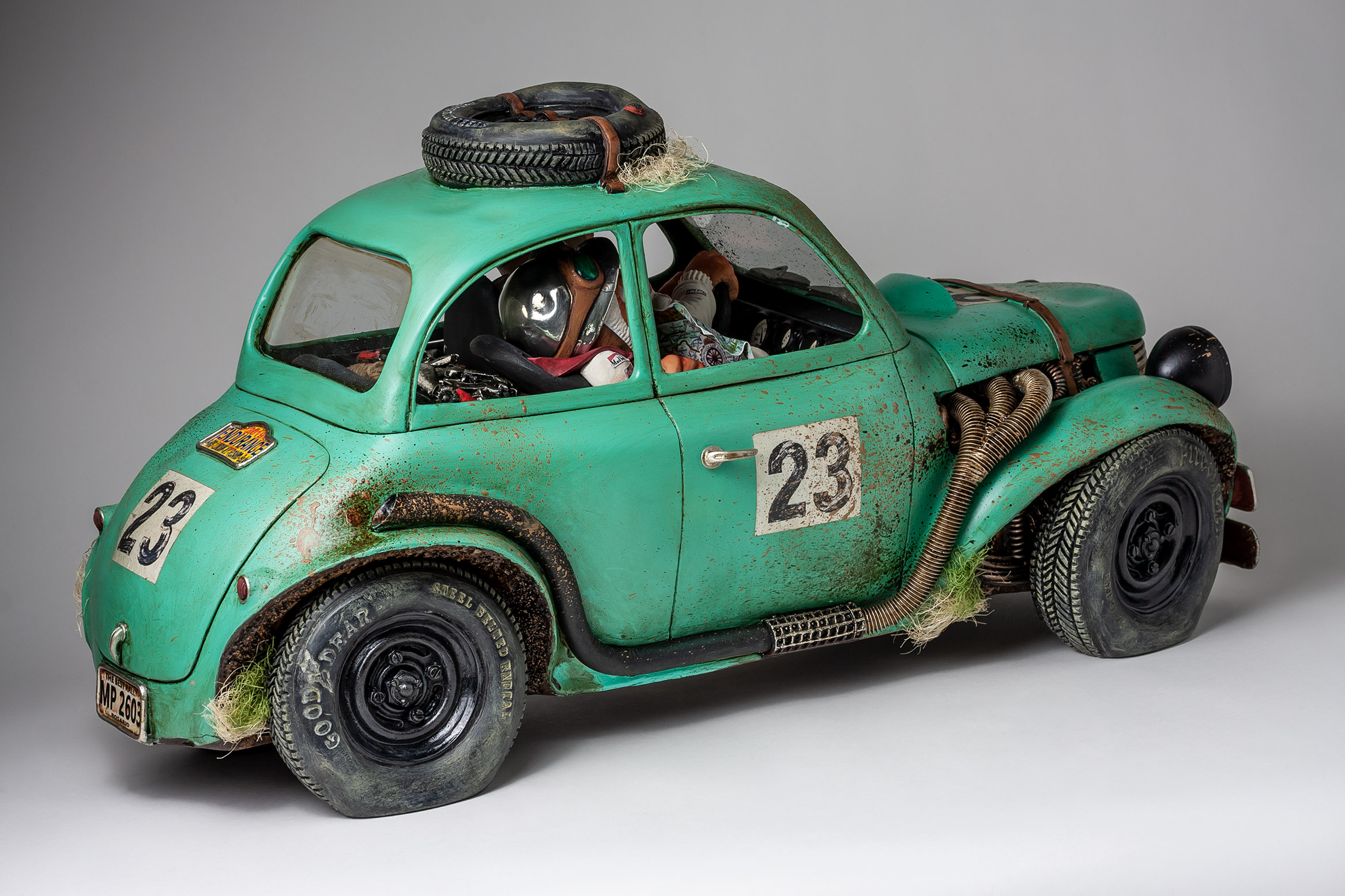 The extremely winding dirt road was riddled with potholes and patched with loose gravel. Fully attuned with his champion role, the famous rally driver Juan Carlos Mothe was pressing his foot down on the accelerator. The speedometer was at full throttle and the needle of the rev-counter  way into the red zone.

The car looked as if it were about to fly off the road at any given bend. With the finish line only five kilometres away, nobody was going to be able to snatch away the lead position. His co-pilot Andrés Sisin, who kept giving him precious directions, was white as a sheet. Seized by panic, he was stuttering: “Ver… ver… very danger… danger… dangerous … sh… sh… sharp… r… r… right… t… t… turn.. no, noooo! … I mean, go lefff…”

Six hours later, when he woke up on the hospital ward, he saw the great champion himself in the bed next to his. With plaster casts on both legs and a bandage wrapped around his head that even covered his eyes, the champ was muttering in a very low tone. The co-pilot pricked up his ears to listen and managed to make out words that sounded a bit like: “I’m gonna kill him… I’m gonna kill him…when I see him… I’ll kill him!”.