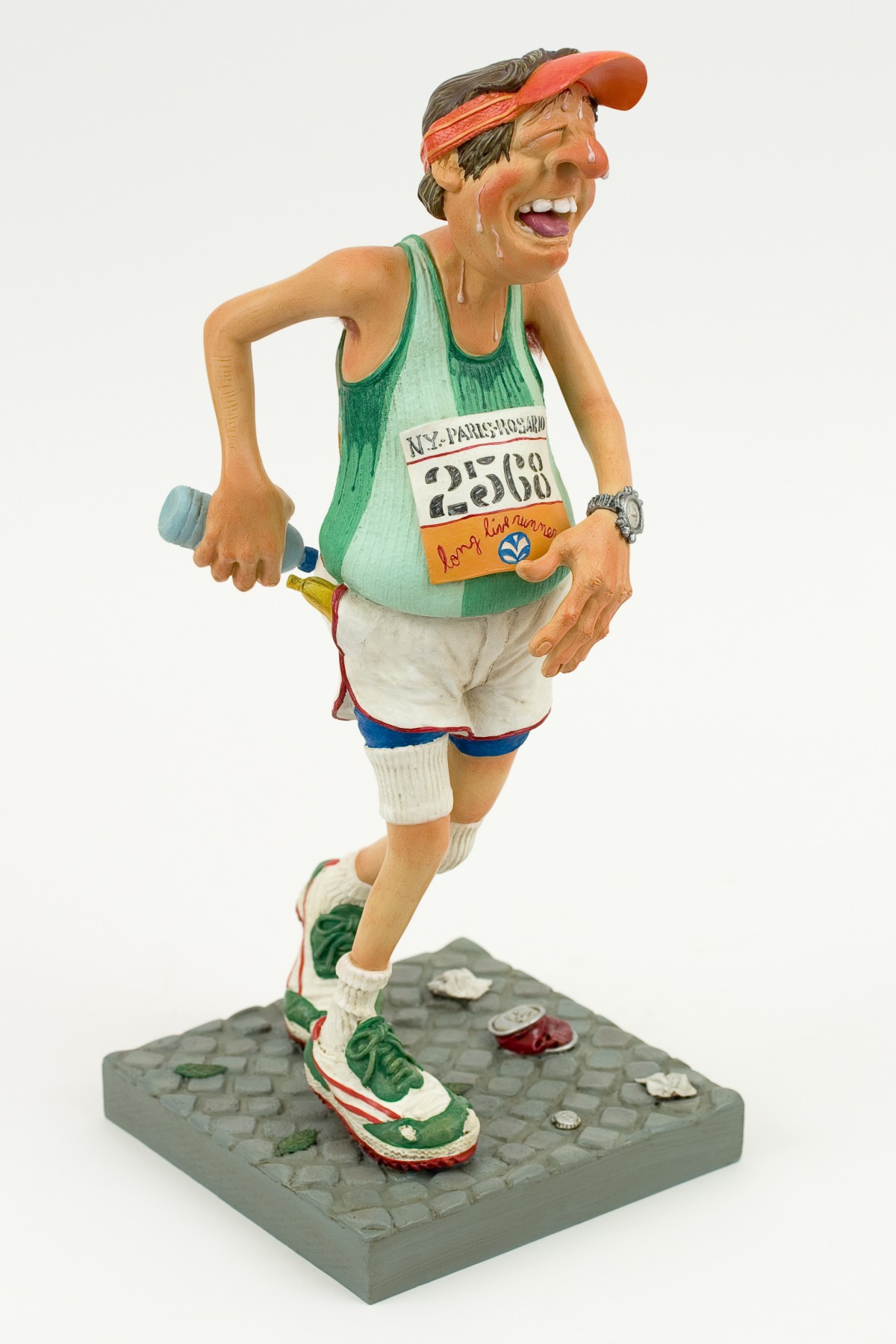 Because of pride, Mauro Machado couldn’t tolerate his wife thinking that his washboard stomach of his youth was no longer the same.  He decided that the best thing to do was to start running and he registered for the annual marathon. At the starting line, he left in a flash, elbowing his way through the pack, he put himself in the first line of runners.

At about 50 meters, he couldn’t believe it.  He was alone in first place.  Immensely satisfied, he felt like a gazelle.  At about 100 meters, the first runners began to trot past him.  At 500 meters, he was again alone….while he watched the other runners farther and farther in the distance.He never knew if it was due to his mad rush at the beginning of the race or if because after 700 meters he had already emptied his two water bottles, but he felt a slight pain in his left side.

After 800 meters, everything went by as if in slow motion.  He seemed to be dreaming.  He couldn’t feel his arms or legs.  He thought he was floating.  It was like he was watching himself from above and he saw his entire life pass before his eyes.A soft voice pulled him out of his trance.  He realized he was on his back and someone was pulling him. He wanted to stand up, but a hand stopped him.

“But sir, stay calm! Stop pretending you are Carl Lewis! And now don’t move”, said the sport doctor as he applied the oxygen mask