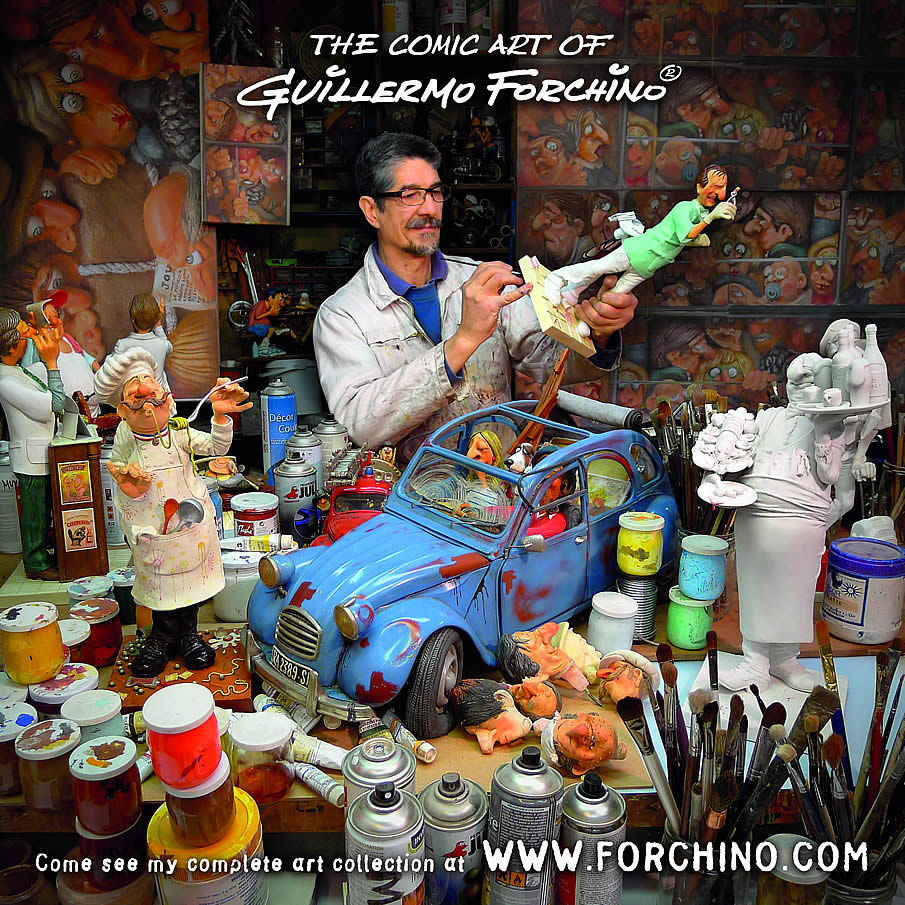 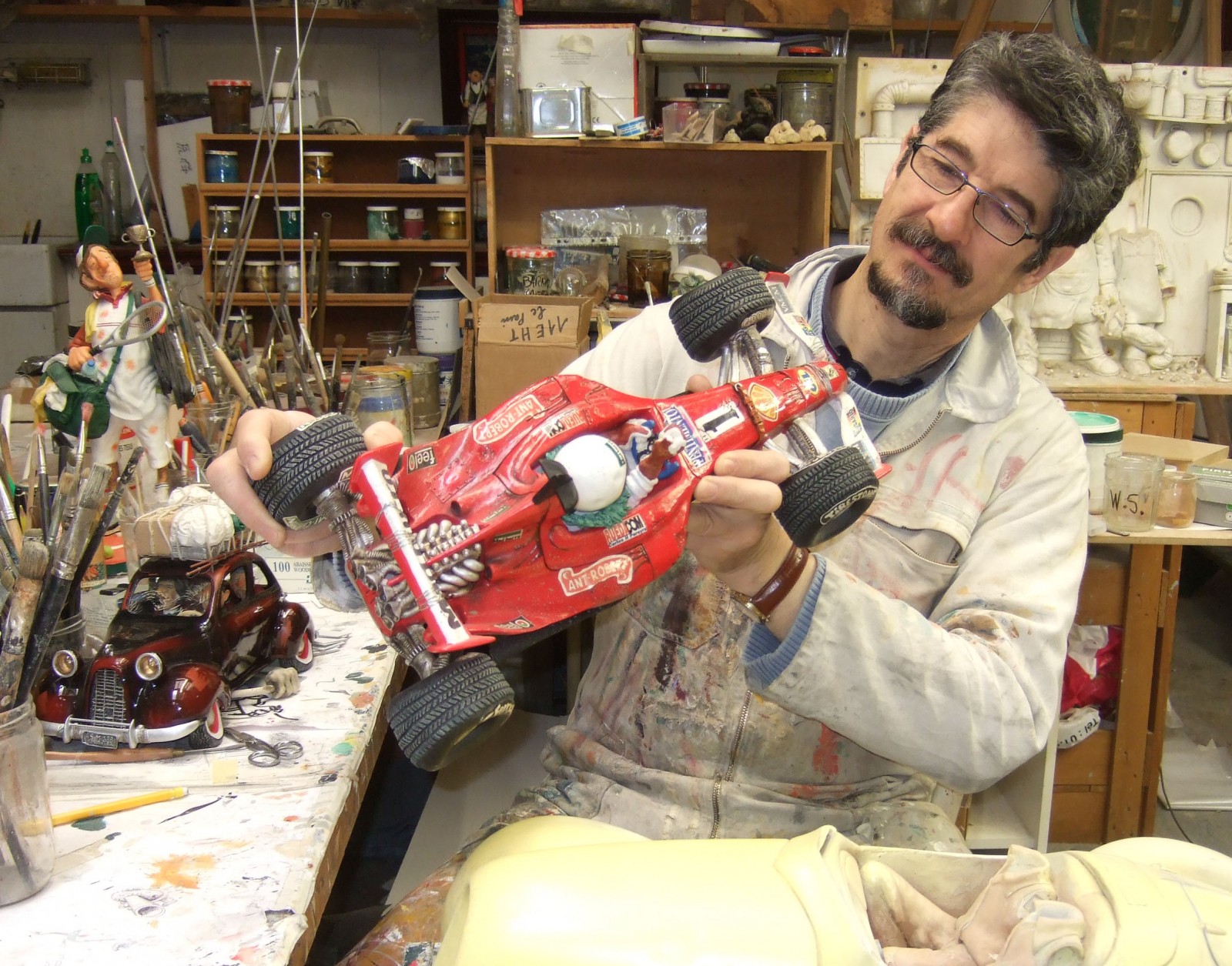 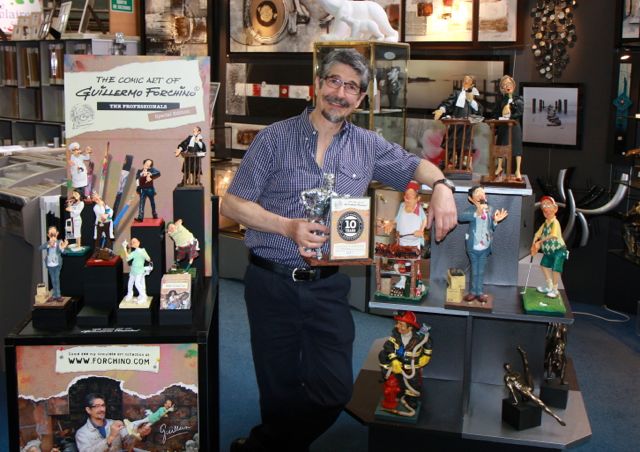 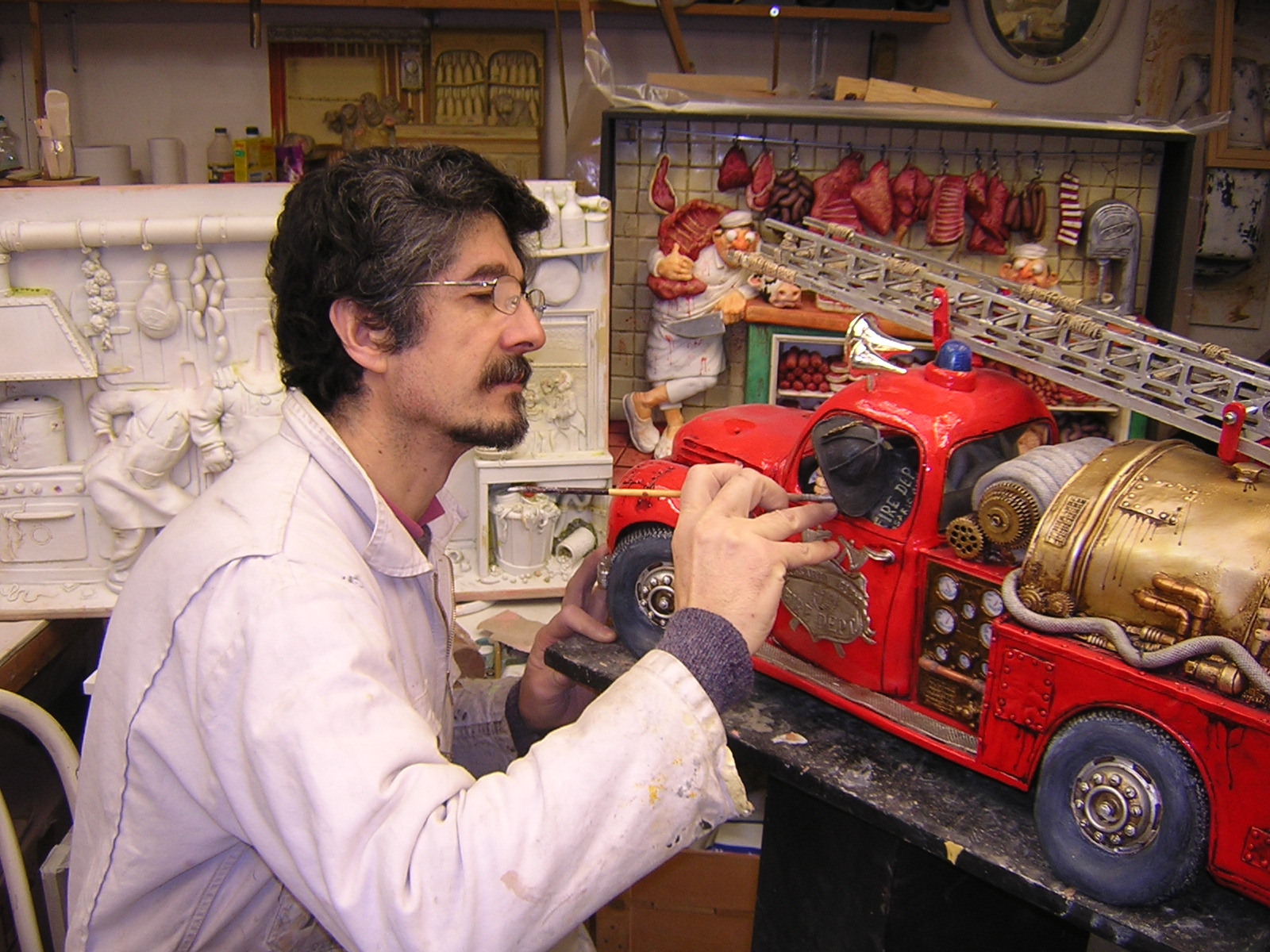 From the early 1980’s, Guillermo Forchino experiments with various materials to create his works of art.

This research began in the city of his birth Rosario Argentina at the Ecole des Beaux-Arts and then continued during three years of studies in art restoration and conservation at the Sorbonne University in Paris, France. During his studies he discovered and mastered many classic techniques and materials.

After completing his studies in Paris, Guillermo returned to Argentina where he directed the Juan B. Castagnino atelier of art restoration for the Museum of Beaux-Arts in Rosario.

It was during this period that Forchino began creating figures made from wrapped bands of cloth where the visible parts of the body (head and hands) were made from wax and paper maché colored with natural pigments.

From the end of the 1980’s, Forchino chose polyresins to create figurines and scenes that often resemble the world of comic strip and cartoon characters. These are typically unusual and humorous subjects such as a family leaving on vacation in an overloaded car with flat tires, or a tired old American pick-up truck from the 1950’s with equally tired passengers.
Mr. Forchino has also chosen to create other modes of transportation such as boats, planes and motorcycles and has even used a floating bathtub in his works. His creations are always full of humor and finesse and are created with a unique character.

In recent years, Guillermo has also created a line of individuals in sports and a variety of professions that was named the “ Professionals Series”. Also these creations have found a large collector audience worldwide.  The average height of these figurines is 45 cm. Recently a smaller version of the Professionals was introduced the ” Special editions Series” , approx. 50% smaller .

Mr. Forchino lives and works in Paris, his workshop is only a few steps away from the world famous Père Lachaise cemetery.

In 2003 a collaboration between Guillermo and VMM resulted in the worldwide introduction of replicas of Guillermo’s work.

These reproductions are fully handmade and hand painted, just like the originals, under the supervision of Guillermo himself, by highly skilled artisans in the Far East.

Some of these artworks are reproduced in the same size as the original that Mr. Forchino created, some are reduced in size to 50 or 75% of the original.

Through these initiatives, the Comic Art of Guillermo Forchino is available for a large group of art lovers in the form of limited editions, in numbered series. Each piece is identified by a stamped signature and a unique number on the bottom of the item.  A numbered certificate of authenticity completes each package.

click here to watch the interview with Guillermo Forchino