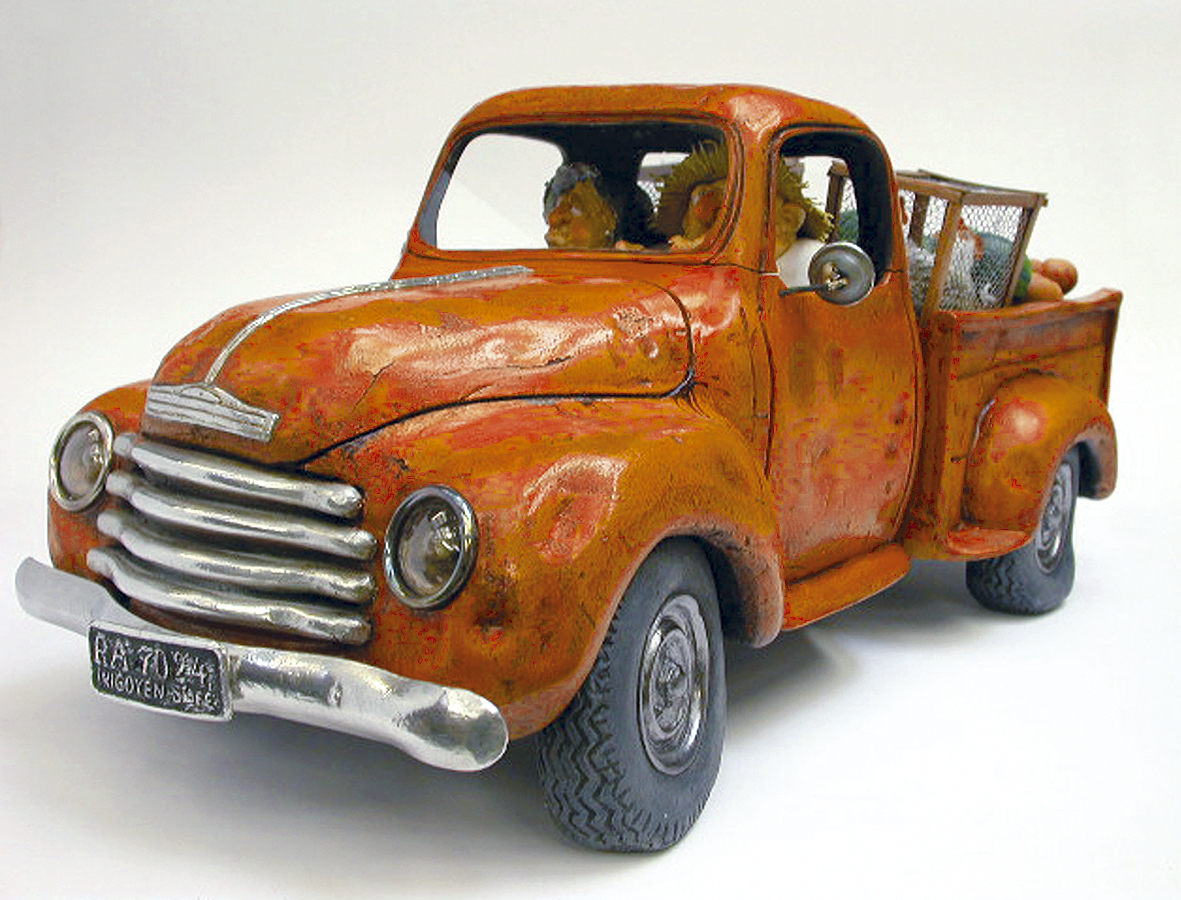 Every weekend, after having loaded their truck with chickens, watermelons, pumpkins and vegetables, Don Juan and Maria Manero went to the village market to sell the products of their garden.  Don Juan always said that his watermelons were the biggest and juiciest in the whole area, and that the eggs his chickens laid should win a beauty contest.

In the fifty years that they had been married they had only missed the market once: the day that Maria tweezed her moustache without telling her husband.  In a crisis  of acute jealously because of his wife’s coquettish behavior, Don Juan sat down on the patio with his arms crossed and a grumpy expression on his face, refusing to get into the truck.  It just so happened that Maria’s moustache grew back quickly, and they were soon able to resume their trips to the market.