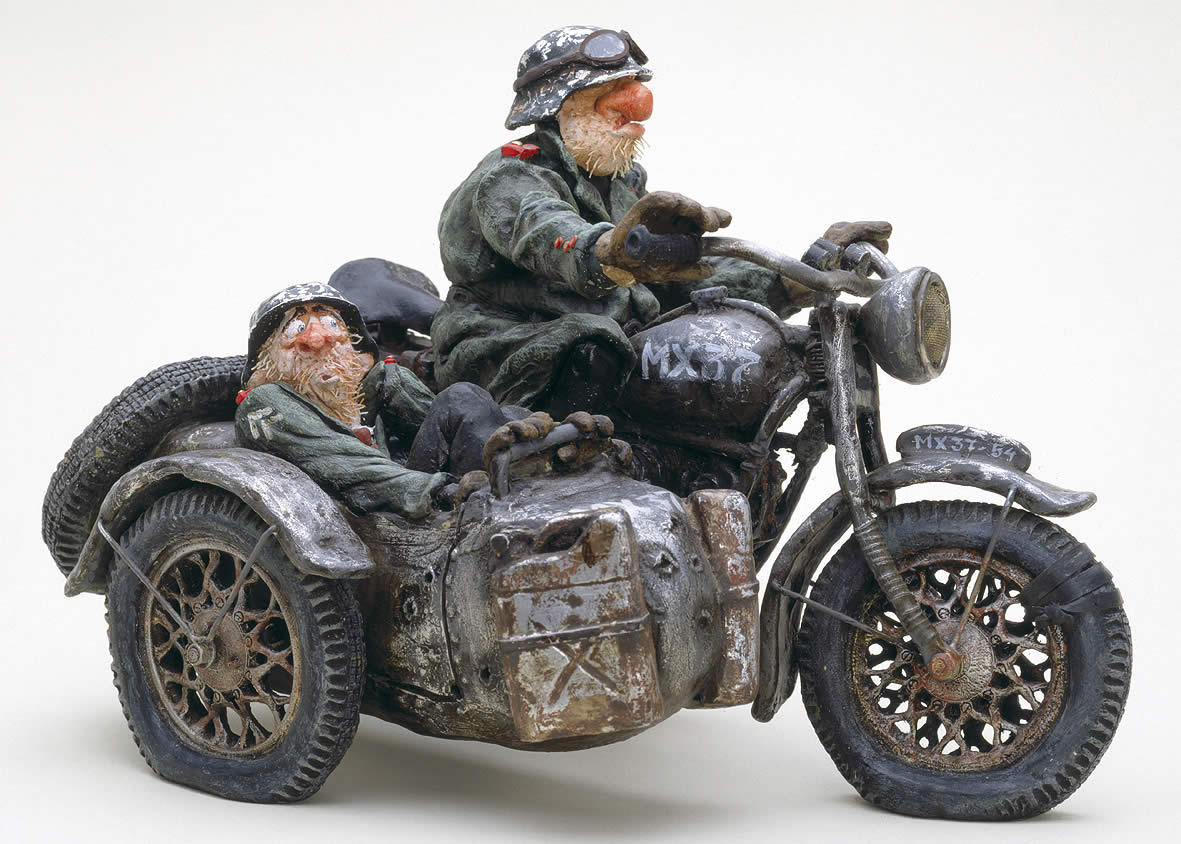 Sergeant Daniel Pettit had never been in the sidecar of a motorbike.  That day, all the other vehicles had been destroyed by enemy artillery fire.  So he had no other choice than to use this vehicle driven by veteran Mike The brute to escape from an ambush.

Stoically clinging to the seat handle, he heard bullets whistle past his ears. Two grenades exploded nearby, and shrapnel flew everywhere.  Enemy soldiers tried to bar their way, but the audacious driver imperturbably forced his way between the bullets.  That is how they heroically succeeded in saving their skins.

After a minor intestinal problem that kept him away from the front for two months, Sergeant Pettit requested a transfer to the War Office, stating that he was an outstanding typist. The Major turned down his request.