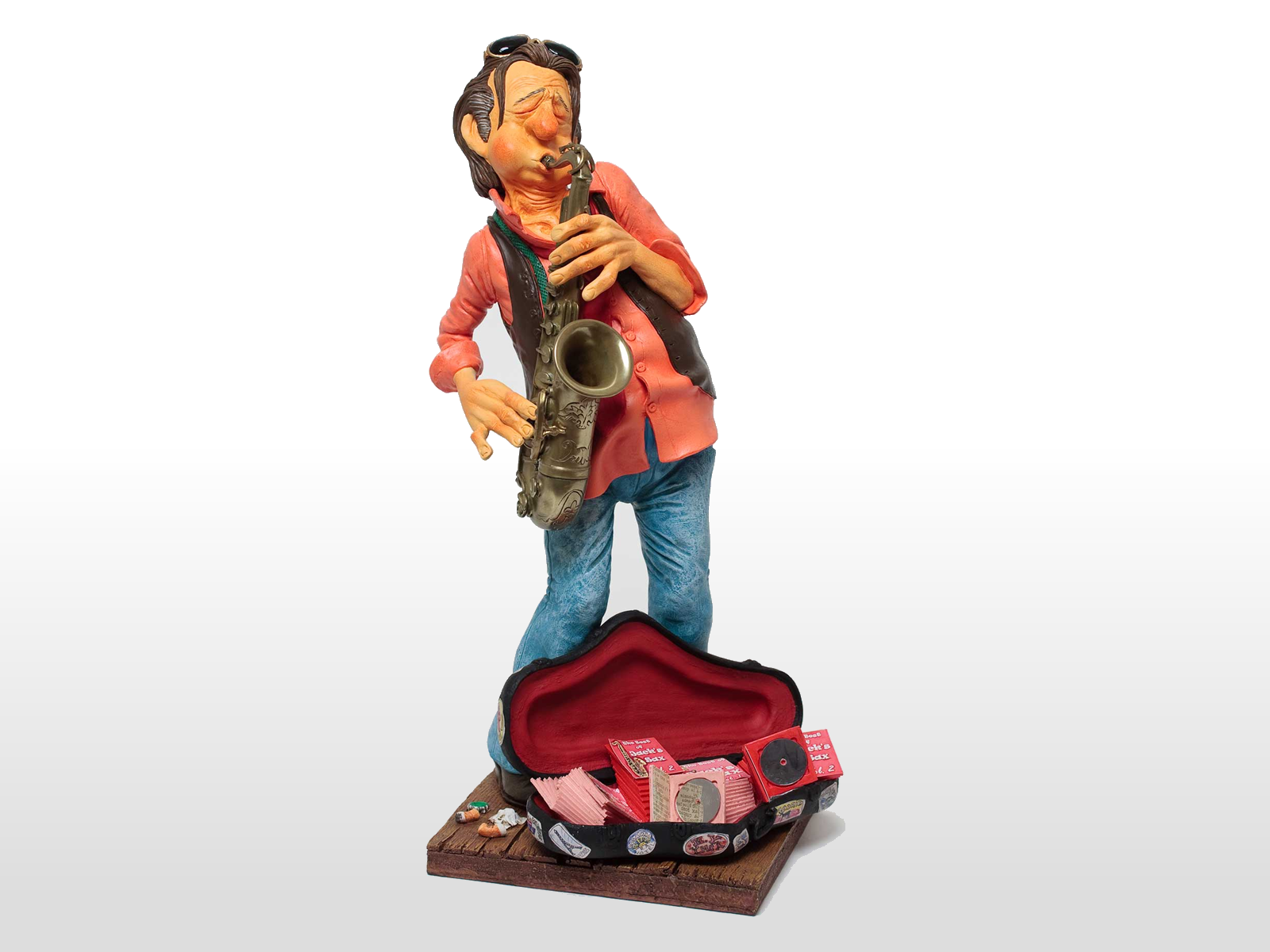 A thick cloud of smoke had invaded the night club. Scantily clad women showed-off their generous curves. On the tables, bottles of whisky and unknown drinks of questionable distillation contented an inebriated public in the midst of vapors of cheap alcohol. The air was heavy.

At midnight, after the striptease of “Rita the Savage” ended, the shy Jack Sax climbed on to the old stand that improvised as the stage. He opened his sax case and spread out some CD’s of his own production with the hope of selling a few. He began to play, nobody paid attention. The customers talked, one could only hear some rich laughs, the noise of chairs and the clinking of glasses. A spectator seated next to the stage gave hand signals not to play so loud because he couldn’t hear a charming young lady seated on his knees whispering in his ear.

Jack finished his fifth number, collected his CD’s, grabbed his sax, thanked the spectators with a sort of grimace, turned on his heels and when to try his luck at the club across the street.