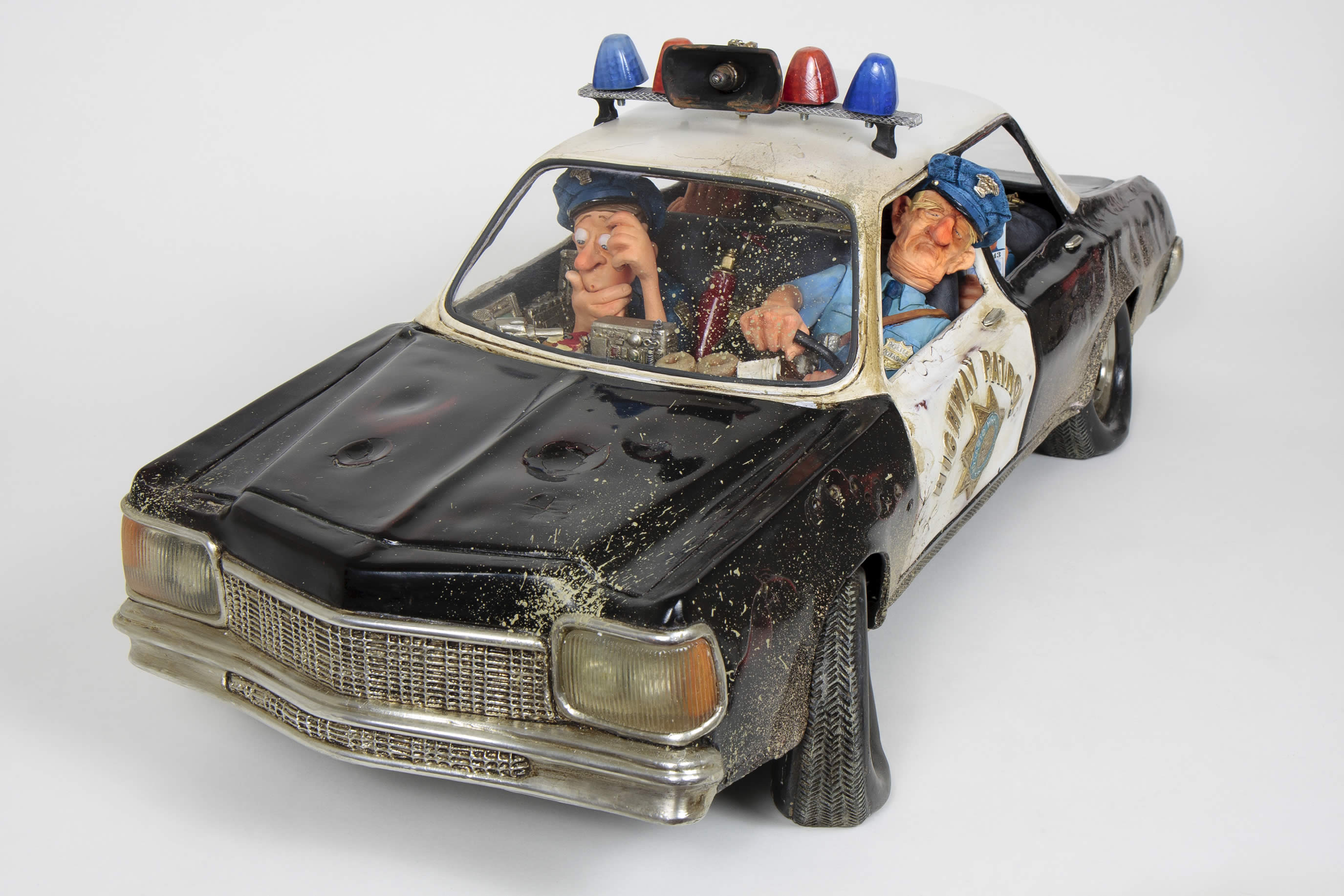 An informer had warned police that a large quantity of drugs were going to be delivered near the beltway across the street from the motel “Las Brujas”.  Immediately the unit that was on patrol near the location where the deal was going to be down, was called urgently to the scene.

Via the internet, the photo of the main suspect, the terrible “Carrot Top”, was sent directly to the patrol car’s on-board computer.  Lieutenant Steve O’Connor, seeing the portrait, felt a strong pain in his stomach.  The resemblance with the suspect was unsettling.

Angie, the policewoman as his side, looked at the photo and said, a little troubled, “I have the impression that I’ve seen this guy before.”  Cold drops of sweat trickled down the forehead of Lieutenant O’Connor, who was trying to hide his face,  said “It’s amazing how all us redheads look alike! …It’s like the Chinese, we all look alike.”