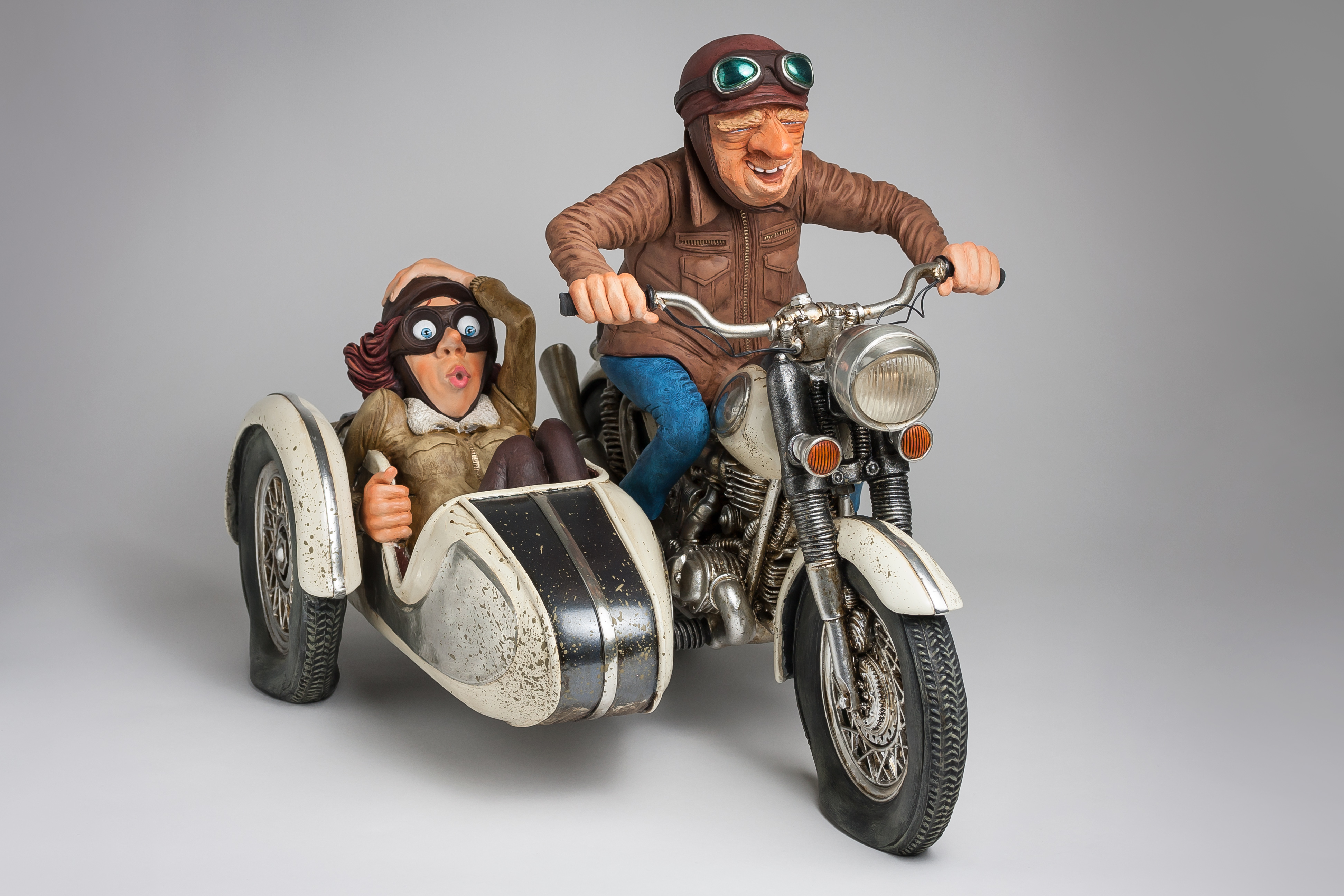 Pierre Henry had suggested Lily Rose take a ride in his sidecar across the vast prairies that stretch out to the east of the Rocky Mountains. They set out on the road early to take advantage of the cool morning air. The motorcycle began to pick up speed. Lily Rose was trembling with emotion: she had never before had the opportunity to ride in such an exciting vehicle! As her heart vibrated in sync with the rhythm of the engine, she closed her eyes and let herself go, the cool wind caressing her face. Just as she opened her mouth wide to savour the intense pleasure of speed… a huge beetlepassing by became lodged in the back of her throat. No one knows what became of the beetle, but as far as Lily Rose is concerned, she became a vegetarian ipso facto.