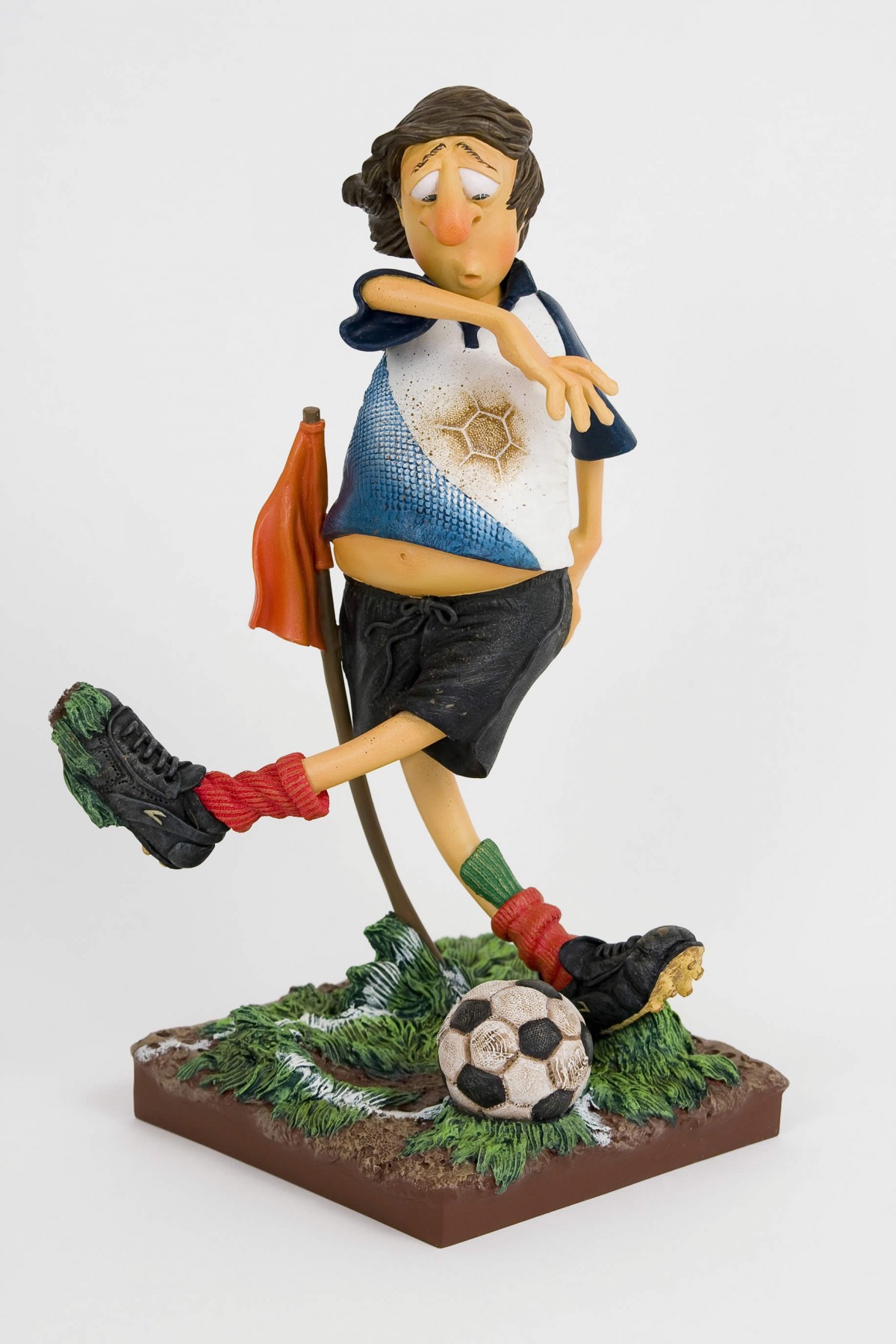 ‘Bowleggs’ Alfredo Pozzi, was an ace, a master at dribbling the ball.  During the Richieri school matches no one could stop him.  We all envied him.  One day he managed to dribble past two huge brutes from sixth grade.  Can you imagine that?  He left them standing in their tracks.  A genius.  And the touch of the ball that he had was…..incredible.  But of course, later, when he grew up, he learned to appreciate the good life, eat well, drink well…and you know, when we start to get a little chubby, things get complicated.

Last Sunday we had a match at the club.  Listen-up, I’ll tell you what happened and it gives me goose bumps.  Bowleggs Pozzi was playing number 10 position, after about 15 minutes, it was a shame to watch him.  For his first corner kick, I don’t what happened, but, in fact, he wanted to kick the ball.

He got ready, took a few steps and ….made one of those magical kicks.  If he had touched the ball, it would have been playable, but his stomach caused him to lose balance and he took a huge swipe in the grass.

This week, I tried calling every day, but didn’t get an answer…I don’t know, he must have left on a trip.